OK, we'll proceed to the second question, which concerns your economic policies.  This question will be answered by Mr. Ma first. Let's take a look.

Hello. I'm Chen Shuling. I live in Taipei. I have a question for Mr. Ma. You made a commitment that if you win the election, the average income of the country will be increased to  20,000 to 30,000 US dollars a year. Is this practical? Can you give us a direction? Is this number an average of all people, or an average of a small group of people? Thank you!

OK, a practical timeline and direction. This question shall be answered by Mr. Ma first.

Thank you, Ms Chen from Taipei. This question has been discussed throughly by Premier Hsiao, me and another 100 economists. We have come to a practical program called 6, 3, 3, in short. It means economic growth rate will reach 6%, the average national income will reach 30,000 US dollars, and the unemployment rate will drop to under 3%. How do we achieve these? We have three strategies. First, 12 infrastructures that include the rail road constructions across Taiwan  and the aviation city in Taoyuan. The project covers 12 infrastructure constructions, and cost 4 trillion NT dollars.  As I said earlier, according to our estimates, the project will bring Taiwan a revenue worthy of over 5 trillion.  The second strategy, as I said earlier, is the reform of industries. In addition to reviving traditional industries, our focus extends to several service industries, including the economic and financial industries, tourism, medical and healthcare industries,
and cultural creative industries. Including these industries in the program will bring Taiwan wealth and job opportunities. The financial industry in particular will bring Taiwan much wealth if restraints are lifted. Taiwan loses tens of billions a year because of the restraints. For example Taiwan's investors cannot purchase certain offshore funds, but when the restraint is lifted, much capital will be invested in Taiwan. Next, we need connections to the world. If we allow direct flights, and have no trouble visiting northeastern Asia and southeastern Asia, foreign investors will be drawn to Taiwan, which is no longer a local market, but a regional hub.

OK. Thank you Mr. Ma. The question is now answered by Mr. Hsieh.

Mr. Ma's 6, 3, 3 program was proposed on November 22, 2007. On October 11, 2007, he said 6, 2, 3. The expected average national income increased 10,000 US dollars in a month. The policy making process was not too careful. On December 19, he said 3, 4, 5. These numbers, to me, are a game because national income is an average. Ms Chen asked a good question, actually. The average of me and Bill Gate is 5 billion. Is it meaningful to announce that the average is so high? It is meaningless to tell people that Bill Gate and I made an average of 50 billion last year. People cannot rely on average income, but on the substantive amount of money they have. This is my first point. Second point, in your policy, you use US dollars. There is an exchange rate between US dollars and NT dollars. Third point, as I mentioned earlier, the consumer prices. One may make an extra 5,000 NT dollars but the consumer prince can go two fold or 105%...your policy did not mention consumer prices, and it is meaningless to tell people that their income will increase. On the other hand, I focus on substantive purchase power. In Taiwan, the average purchase power is 24,000 US dollars, and In Korea, 30,000. Taiwan actually has a larger purchase power than Korea. (Note: is that right? Please check the video clip for me. 03:40) In the future, I expect the purchase power will remain at 40,000 US dollars. It's more than the 30,000 US dollars proposed by Mr. Ma. To achieve the goal, the government shall not end up in debts. Ma said to invest over 2 trillion dollars. How does his administration produce such a large amount? He never tells.

Thank you, both candidate. Ms Chen is present today. She has follow-up questions for you.

Thank you for your answers, but you did not tell me how labors will make more inceom. Can you give us clearer ideas, using numbers, for example, what is the percentage of labor's income in Taiwan's GDP? If you fail to achieve this in your tenure, will you be responsible and make a promise now to donate 50% of your salary to charity, and take care of the disadvantaged communities? Thank you!

OK, the question will be answered by Mr. Ma first.

Ms. Chen is concered with the income gap. We have solutions to the problem. It was during the DPP administration, the number of people having the 20% lowest income and the 20% highest grew six-fold. We will narrow the gap. How do we achieve this? We have many programs, among them is "4 6 8". For a family of 4, whose annual income is less than 480,000 NT dollars, the government provides a subsidy. This is a mechanism contrast to income tax. For a family whose annual income is less than 360,000 dollars, the subsidy is 46800 dollars, that is 4,000 dollars a month. The subsidy decreases as the family's income increases. These is no subsidy for families whose annual income is over 480,000 dollars. Why do we do this? We subsidize the family so its economic sources can be devoted to their work. We are concerned with the problem. As you said, if we fail to achieve the goal, can we make donations? Rest assured, donation is not a problem. Over the years, I donated over 60 million NT dollars. I donate frequently, as I am a honorary board director of a major charity.

Thank you, Mr. Ma. Next, the question will be answered by Mr. Hsieh.

I am moved that Mr. Ma is donating, but the working class cannot rely on his donations. It would be better if KMT shares its asset with everyone in Taiwan, and we will all have an additional 10,000 dollars. Basically, I think it important to benefit the grassroot level. My policy helps  labors and farmers, who form the base of our society. This is more important. we do not want an average. If KMT spends its asset, say 230 billion dollrs, on everyone in Taiwan, we can have an extra 10,000 dollars, statistically. Is this meaningful? No. This is a wrong policy. And you cannot simply tell the public that if the policy fails, I will refund you the money. You are asking the voters to guarantee that your 2.6 trillion dollar investment policy will work if you win. In average, 2.6 trillion  means everyone spends 400,000 dollars. That is something we will not endorse. 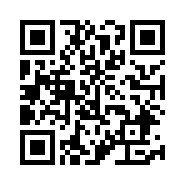